Quality in the history of olive oil
5 (3 Votes)
Rate it!

Yesterday, 13th May 2021, we attended a presentation at Expoliva on the improvement of the quality of virgin olive oils in the last two decades. In this presentation the protagonists were D. Brigida Jiménez Herrera, D. Mª Paz Aguilera Herrera and D. Anunciación Carpio Dueñas. This presentation took place on the occasion of the 20th anniversary of Expoliva. The theme of the presentation was the evolution of the olive oil production sector in recent years and the great effort made by the sector to improve quality.

Anunciación Carpio began her presentation. She exposed that Expoliva has played a very important role in the evolution of the quality of Extra Virgin Olive Oil. In 1983, they were the ones who carried out the first olive oil competition in the world. That year Expoliva held the International Competition of the Best Olive Oils. In the beginning, the competitions had little to do with what we know today. In 1983, 1985 and 1987 there were no official tasting panels. There were tasters who decided which oils were the best.

Brígida Jiménez then took the floor. Brígida shared with us the history of the Picual variety. At the beginning, the Gran Picual Prize was established because there was no quality Picual. At the beginning, hojiblancos and other varieties always won. Picuals never won and the variety was not valued. When they studied the varieties they realised why this was happening with the Picual. It is an earlier variety, especially if it is irrigated. Thanks to the research, the problems were identified and it was shown that the Picual variety had to be worked in a different way. The results were seen in 2007 when the first prize of the Spanish Ministry of Agriculture, one of the most important prizes in Spain, was awarded to a picual. Nowadays it is well known that the picual variety cannot be harvested at the same time as the hojiblanca variety, but must be harvested much earlier. Producers have made an effort to listen to researchers and the result is very high quality picuals.

Where does Brigida believe the future of Extra Virgin Olive Oil lies? Well, Brígida believes that Extra Virgin can go from 30% to 70% but that it has to be optimised. Furthermore, the sector is going to have to face the effects of climate change. Brígida argues that it is important that the sector does not become complacent. There has been a lot of improvement. There used to be 10 good AOVES in Spain. Today there are more than 100. But the sector cannot stay here. We have to innovate in the machinery but also in the field. The challenge for the administration is to work on agronomic factors and the necessary changes to face climate change. 'We can produce less, but if what we produce is of higher quality, it can be very interesting', says Brígida.

The third speaker was Mª Paz Aguilera. She explained that 2007 was a revolution for the world of picual olive oil due to the prize awarded by the Ministry of Agriculture. This encouraged the use of low temperatures and short malaxing periods when making picuals. And Picual began to be competitive in the world. He explained that the tasting sheets have evolved over time to make the tasting panel more and more reliable and objective. In the beginning, the tastings were carried out on a common table, which meant that there could be a so-called leader effect. As time went by, the tastings began to take place at different tables without the tasters having to communicate with each other before they finished evaluating the oils. He concludes by saying that the revolution in the sector has taken place in the last 15 years. And what is the challenge that remains? To start with, to maintain our position. But we also have to achieve what Brígida advocates, that Extra Virgin oil should account for 70% of production. 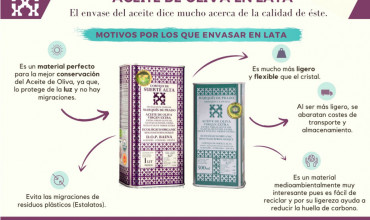 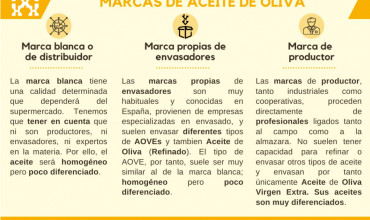